This year, we made a bigger impact and reached more young people experiencing homelessness than ever before.

Our SleepOut was back in-person again! Taking place at six different locations, plus the SleepOut at Home, this year’s SleepOut was bigger than ever. With over 800 people taking part across the country, we raised over £560,000 (exceeding the £500,000 target).
Over 900 property professionals took part in the challenge event of the year – the LandAid 10k.  Runners took part in the 5K, 10K and even the 15K, at both our in-person event in Regent’s Park, London and on some of your own routes across the country.
We were proud to host our first ever Tour de LandAid which raised a whopping £45,311.20. Together, participants cycled a total 106,433kms. That’s nearly the equivalent of looping three times around the world!

The property industry were as competitive as ever this Steptober, collectively taking 195 million steps and raising over £90,000. But, as well as being competitive, there was also plenty of moral support too, with the Steptober community sharing photos of their daily walks, and lots of pictures of their furry friends!
It was wonderful to see the wholesale return of industry events to our calendars, and we were delighted to once again benefit from Property Race Day and the Paragon Mudathon, as well as some new events to the calendar, including British Land’s Pedal to Peaks challenge in the Peak District, which raised £35,000 for LandAid.
This was also the case within our key regions, where our Regional Boards and Ambassadors delivered a packed calendar of activity. Our Ambassadors held four events across the UK (Bristol, Manchester, Leeds and Birmingham), raising £23,018, while the St Modwen Annual Charity Run (10K) raised £38,000 in the Midlands, and our first ever LandAid North West 10K raised over £12,000!
Our Events would not have been possible without our sponsors. Huge thanks to our headline & regional Sponsors for all events, but particularly Knight Frank, Allsop LLP, Carter Jonas, and Logicor.

In the last financial year, the pro bono contribution of our property partners has assisted over 50 different not-for-profit organisations across the UK, collectively saving them over £700,000!

For example, Out the Box Consulting provided over 300 hours of pro bono support to Park Lodge Project. This helped to create new homes and facilities for young people facing homelessness in Leicester.
We brokered pro bono support for 76 new projects, and hundreds of employees stepped-up from across 41 corporate partners across the UK, to provide professional services and deliver social impact. Read more here.
We also worked with our corporate partners to gather donations of surplus computer equipment to donate to charities supporting young people across the UK. 127 laptops and 43 PCs were gifted to 13 different charities. Collectively these donations have saved 30 tonnes of CO2 being released into the air and have a total value of £53,000. Read more here.
We worked with Vodafone who pledged to provide more than 50,000 free SIMs, worth a total of £4,500,000, to homelessness charities across the UK through its charities, connected initiative.
Our regional boards in the South West and the East of England helped us to run two Pro Bono breakfast events to help spread the word about the programme, generate more requests from local charities, and help to connect them with the expertise they need for their project. 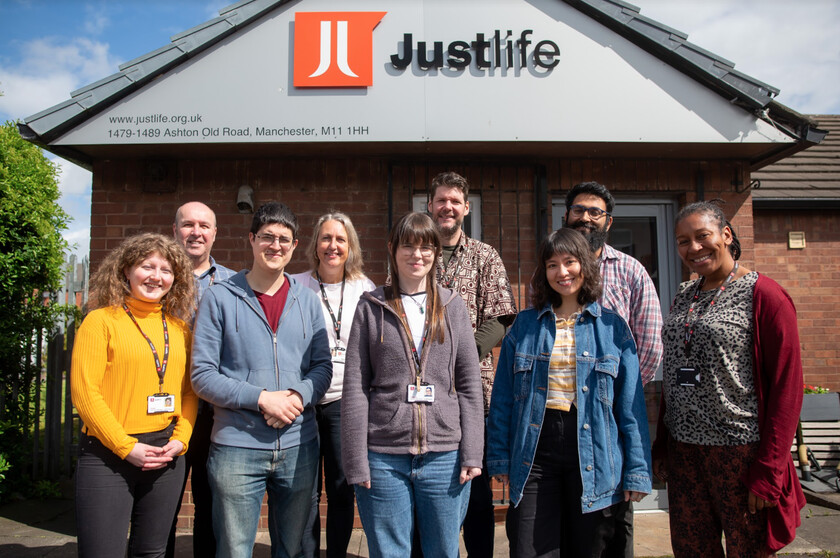 "Without the assistance to create a plan, it would have meant spending an awful lot of staff time and money that can be better spent on supporting our service users.”

We were delighted to welcome 12 new partners into our network, 11 new Foundation Partners, and one Strategic Partner, Lendlease, who donated £50,000 to support two LandAid funded projects; St Basils Live and Work Village, and the Deptford Ragged Trust.
LandAid was delighted to be chosen as a benefitting charity of the Hilton Foundation’s Gala Dinner on 1 December. The funds raised are likely to support our Employability Programme, which will create routes into employment for young people with experience of homelessness. This programme is being developed following a successful pilot, funded by our Strategic Partners, SEGRO, which supported 110 young people into education, employment and training.
Our networks including the Tech Network, Networks Against Homelessness and the Ambassador Programme have continued to grow through the year. We go into 2023 with 85 brilliant Ambassadors and over 40 companies in the Tech Network!
We also launched our Patrons Network, an influential group of senior property professionals who have joined together to advocate for support for LandAid’s mission to end youth homelessness. We now have 50 industry leaders championing our cause.

Through our core grant programmes we awarded over £1.5 million in grants to 19 fantastic projects around the UK.

These grants are expected to create over 350 bedspaces for young people in emergency, supported, or move-on accommodation. These grants are expected to generate social value to young people and society of well over £5 for every £1 spent.
We were able to award over £400,000 in grants via our StreetSmart funding. As a result, we awarded over £20,000 to the Oasis Community Housing to enable them to offer direct mental health support to young people in Southwark. Read more here.
Our emergency fund for Ukraine gave out over £120,000 to grassroots charities around the country, providing emergency help and support for newly arrived Ukrainian refugees in the UK.
We also launched our exciting new Build-to-Rent partnership programme in partnership with Cortland, Heitman and charity partner Local Solutions. We look forward to contuining this work into 2023. You can read more about our partnership here. 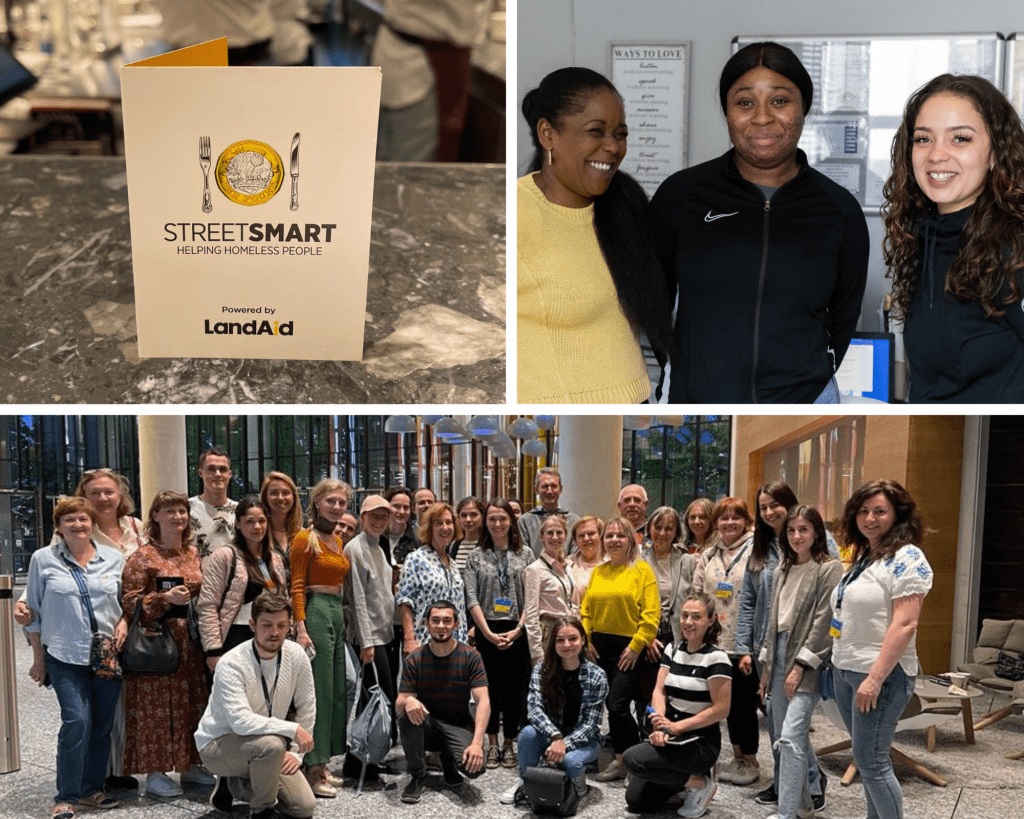 You have changed lives!

LandAid have been able to support hundreds of young people across the UK due to the ongoing commitment from the property and real estate industries. Young people like Jack have been given the lifeline they so desperately needed.

I can’t thank this place enough for what it’s done for me. Before this I didn’t have support around me but sometimes you just need someone to say ‘I believe in you’, to pat you on the shoulder when you do something positive and say ‘well done, keep going’. That’s what a lot of people need – just that bit of support.

Thank you for all that you have done over the past 12 months - your support is absolutely vital to LandAid, and our mission to end youth homelessness. You can keep up-to-date on our impact on our new and improved website.